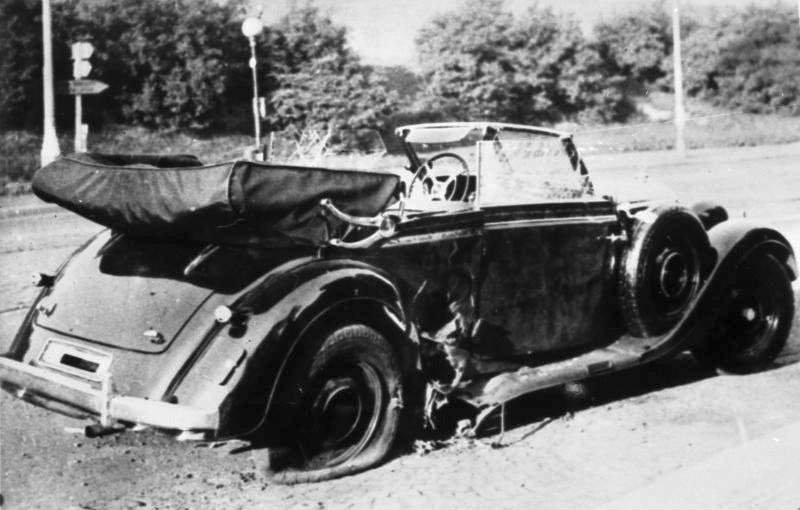 Today marks the 80th year anniversary of Operation Anthropoid, which was the code name for the Assassination of Reinhard Heydrich.

On the morning of May 27, 1942, Reinhard Heydrich, the Deputy/Acting Reich-Protector of Bohemia and Moravia, was driving towards Prague’s city centre from his residence in the Czech capital.

Driving in an open-topped Mercedes Benz motorcar, through the Prague district of Libeň, Heydrich was totally unaware of the fate that awaited him.

Operation Anthropoid had been in the planning since October of the previous year, with the Butcher of Prague having been singled out as a high level target.

In cooperation with the British Special Forces, Heydrich’s assassination was seen as an opportunity for the Czechoslovak government in exile, led by Edvard Beneš in London, to make an important stand against fascism.

However, the assassination did not immediately go to plan.

Two British-trained paratroopers had been flown into Czechoslovakia to carry out the mission. Jozef Gabčík, a Slovak, attempted to shoot Heydrich as his car passed by, but unfortunately his machine gun jammed at the moment of truth.

Meanwhile, his co-assassin, the Czech Jan Kubiš, had thrown a grenade at Heydrich’s Mercedes. The grenade exploded under the motorcar, but nonetheless it still managed to badly injure Heydrich; and less than a week later, the senior SS officer had died of his wounds.

Reinhard Heydrich’s death stunned the Third Reich and Hitler in particular. The führer was fond of Heydrich, who he had nicknamed “the man with the iron heart”, and it was also the first time that anyone in Hitler’s so-called inner circle had been successfully targeted.

No-one could have imagined the extent of the Nazi’s reprisals. Hitler was furious and demanded retribution. This came swiftly, resulting in the villages of Lidice and Ležáky being razed to the ground.

Nazi intelligence had falsely linked the two villages to the Czech and Slovak soldiers involved in the assassination. Every man over the age of 14 was shot; while the woman and children were rounded up and sent to concentration camps, with only a few surviving by the end of the war.

Despite the heavy cost, Operation Anthropoid is mainly seen today within the Czech Republic and Slovakia as a major victory against the Nazis.

I first heard about the Atentát soon after I moved to Slovakia, in 2001. It was an event in history that I found both fascinating and extremely moving. And I began writing the plot for the third novel in my Time Band series back in 2015, with Operation Anthropoid as its central theme.

Seven years on and only about a third of the book has been written. However, I am planning to use this year’s NaNoWriMo to get my head down and complete the first draft of the novel. And Time Band – Operation Anthropoid will then become the sole focus of my attention, following the publication in February 2023 of the second novel in the trilogy, Time Band – The Real Curse of Tutankhamun.

I am planning to mark the eightieth year anniversary later this summer by visiting the Operation Anthropoid Memorial at the site of the assassination, as well as The National Memorial to the Heroes of the Heydrich Terror, in the underground crypt of the Baroque Church of Sts Cyril and Methodius, where Gabčík, Kubiš and the five other parachutists made their last stand against the Nazis.

I also plan to pay my respects to the men, women and children who died in the aftermath of the assassination at the Lidice Memorial. 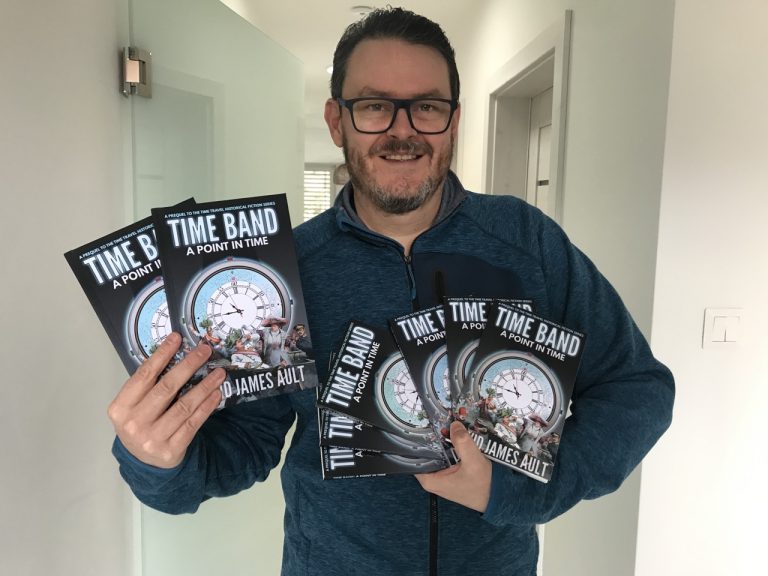 Twosday, which just so happens to have fallen on a Tuesday, has been called the coolest date of the decade, but today is also significant in that it marks the two hundred year pre-anniversary of Tara and Troy’s birth. 2.22.2222 – now that really is a Happy Twosday – although the twins date of birth…